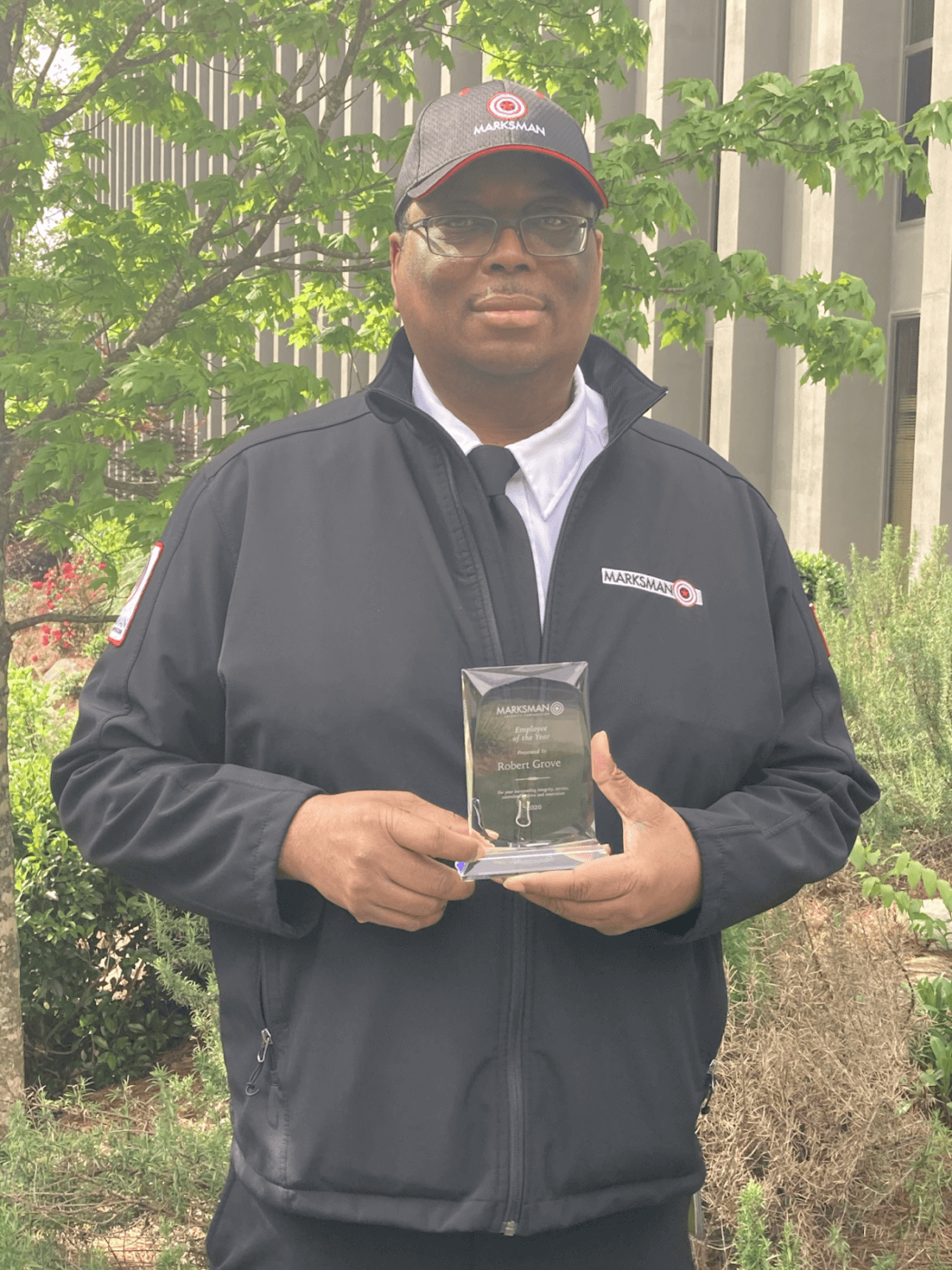 Robert Grove joined Marksman Security in 2019. During that time, he has been recognized for his efforts countless times, specifically his willingness to work hard and his passion for helping people. These recognitions paved the way for two promotions, from officer to site lead and, most recently, director of security.

However, Grove’s journey to the private security industry is an interesting one.

He started his professional career in the finance sector working on Wall Street before a stint as a semi-pro basketball player. Yes, you read that right. Grove played basketball overseas with the Philippine Basketball Association. But that’s not where his story ends.

One fateful night in a New York nightclub, ignited his journey in personal protection. Grove’s calm demeanor and de-escalation tactics when a fight broke out landed him a job. For twelve years, he worked as a bodyguard at a notorious nightclub.

His work in the nightclub opened many doors for him in the personal protection industry and even landed him a job working with movie stars and television personalities. He traveled the country protecting the staff and on-screen talent for The Queen Latifah Show and The Ricki Lake Good Morning Show from 1998 to 2001.

In 2001, Grove left the hustle and bustle of the Northeast and settled in Georgia for a quieter life with family.

Now, as director of security with Marksman, Grove’s responsibilities consist of maintaining client relationships, preparing schedules for security officers and executing operations reports, among other duties.

According to Director of Operations, Donny Wilkins, Grove shows commitment and leadership that everyone should strive for. “He is always out and about on property or in the lobby area maintaining a security presence and providing outstanding customer service,” Wilkins said. “The client has informed me several times that he is delighted with the service that Robert provides.”

Grove says his favorite thing about Marksman Security is being able to communicate and collaborate with upper management, including the owner, Mark E. Radi.

“Even though the company is big and growing, it still feels like a family-oriented type of company,” Grove explained. “ I can reach out to anybody, including the owner, to solve a problem. With a lot of other companies you can’t get in touch with anybody, so you kind of feel like you’re on an island.”

For his exceptional work performance and commitment, he has been named Marksman’s Employee of the Quarter.